Fire can be considered as our greatest discovery, which sparked not just economic development, but technological advancements as well. As helpful as it may seem, fire can also be our greatest enemy when not handled properly. In fact, fire is the fifth leading unintentional cause of injury and death in the United States and ranks as the first cause of death for children under the age of 15 at home.

As a business owner and a parent, we want the safety of our business and family. However, it is impossible to keep an eye on them 24/7 and combat fire on our own. This is why we need Fire Safety Systems.

What are Fire Safety Systems?

As mentioned on our previous blog, Fire Safety Systems are essential for a family and/or a business to invest in. Having these things installed in their buildings and homes greatly reduces the risk of big fires by preventing and/or immediately suppressing small fires.

Fire safety systems monitor, detect and suppress fire. Almost like how the immune system monitors, detects, and suppresses bacteria and viruses from the human body.

Fire safety systems can come in many forms, and although they have different functions, these work closely with each other and share one main goal – keeping you safe from fire.

Fire Detection is crucial in reducing casualties when fire is not prevented. It enables you to act immediately on the threat and gives you greater capabilities and protection as you do so. Early detection would mean early suppression.

According to the National Fire Protection Association, three out of five home fire deaths result from fires in properties without working smoke alarms.

As its name implies, Fire Alarms alert you when smoke and/or fire is detected. Fire detectors and fire alarms shouldn’t be confused with each other because the two have distinct but interrelated functions – awareness.

To simplify, fire detectors serve as the senses of touch, smell, hearing, and sight that spot fire while fire alarms serve as the mouth that tells you what’s going on.

Early fire detection and alarm would nearly be useless without early fire suppression. In less than 30 seconds a small flame can turn into a major fire and in five minutes, a house can be engulfed in flames.

Fire Suppression Equipment ranges from various fire extinguishers to built-in sprinkler systems. Having these would instantly suppress small fires and prevent it from becoming out of hand.

Though calling the fire services is a good idea, having fire safety systems that automatically suppress or help suppress fires while waiting for back up will ensure less damage.

When fire becomes too huge and it is already unsafe for you to combat it yourself, getting away can be your last choice. However, getting out of a building or even a small house during a fire can become more challenging than you think.

Your power supply may immediately shut down, and in two minutes time, thick, black smoke can instantly cover your entire home or building, reducing visibility and making you disoriented.

Emergency exits are must haves, especially in large, complex buildings, to give you an easier and safer way out. Identification of these exits is crucial during a fire.

Having emergency lighting and exit signs installed can make a huge difference and could help you see your way out much easier.

Protect yourself and your loved ones and equip your home with fire safety systems by visiting Building & Fire Services today. 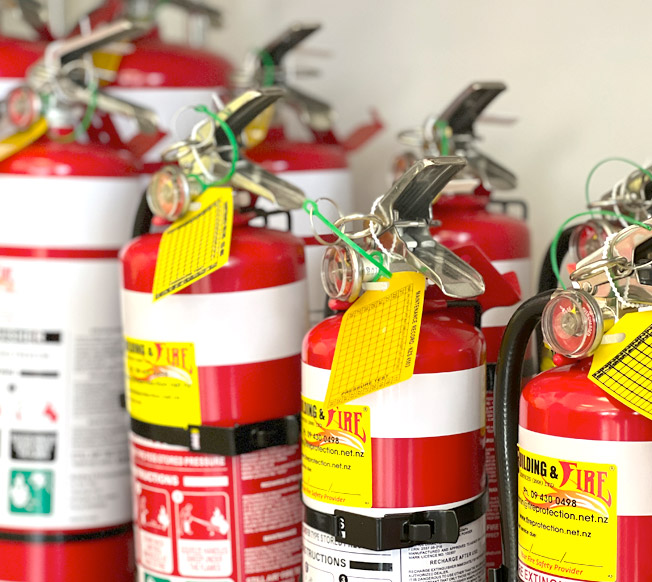